Welcome to Alpha Villains a Community for HeroSmash Villains!

You are not connected. Please login or register 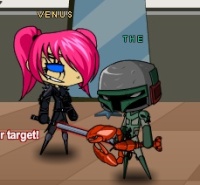 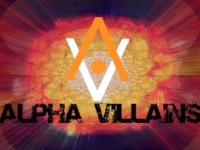 The Story of Heroes vs. Villains

It all started on a peaceful day... in a lab. Dr.Drakein was creating a substance that would define power that is greater than any race of species. He tested it on a mouse first, turns out, it did become a super hero. But a robber broke into the lab, stole the substance, brought to his mafia crew, they all drunk it with a sip each, and they became "AlphaVillains". They destroyed the entire planet called "Earth" and headed to Liberty City in Lore. When the scientist found out, he made another bottle of the same substance for the heroes to take. They became the "AlphaHeroes". While the AlphaVillains was torturing the city, the Alphaheroes came up to the Alphavillains and said "leave this city at once, if you dont' you will face the consquences!" Then Halo,The, and Legacy Rallyed up the villains and attacked! Objects were flying everywhere, there was a huge storm of terror and good! Then when all hope was to be lost, the Alpha Heroes came together to make a Angel! Alphavillains were kinda' nervous at this point. But they came together to make a Demon! They both dashed at each other and collided to make a huge explosion of devastation! Once the battle was over, A being of force was born from the threads of the Alpha villains and alphaheroes. The force was named...Beta.
legacy

It all started with a bank robbery. Mr.Black was robbing the bank along with his partner in crime, Mr.Purple. The Silver Bullet came and cried out,"Stop there u bloodthirsty beasts!" Then, Silver shot threw the air like a quickening lighting. He Smashed into Mr.Black, "GARRRGH!" he cried out when Silver nailed his stomach like a nail poking a balloon. Mr.Purple, then used his 100,000 watt rocket and shot it at silver. Silver quickly dodged the rocket and a rocket shot a car and it exploded with lighting flying everywhere. It electrified everyone in the city, making them paralyzed. Nearby, a power plant lay standing.Blew up, then oozed Nuclear acid all over a cemetery. The combination between lighting and nuclear acid on the cemetery. Created something terrifying, it was called...Undead armageddon.It ran around,flailing its arms around, destroying building and people.Nothing could stop it.
Voldo

Voldo was just a normal Citizen in Liberty. He didn't care mutch about the battle of Heroes and Villains. Until one dark night Voldo accidentally started a fire. A Hero came from HeroSpire and saved Voldo. But Voldo's home and parents never came back. The Hero said to Voldo "This is all your fault you little brat!" Voldo's anger grew inside him and before the hero knew it he was lieng on the ground dead. From that day on Voldo hated heroes no matter if they did save his life or not. A couple years later Voldo was a teenager and was bad but still not a villain. But suddenly Mr Purple came out of no where attacking the city. Mr Purple then came up to Voldo and used his Purp-Mecha to smack him to the ground. The blow was so powerful that it sent Voldo into the ground covered by dirt until he stopped and landed in SkullDeep unconcious. When he woke up he saw Lokos staring at him "Darkness seems to be filled to the brim of you!" he whispered with a cold and fearful voice "Let me teach you of the ways of Fear and soon you will be as powerful as I am." So Voldo trained with Lokos and soon he had gained the talents of Fear, Crosscut and Ice blasts from his eyes. "You still need more training but you can now join a clan and help them with evil and villainy!" said Lokos. Voldo looked at all the groups and finally decided on the one group that was the most powerful, The Alpha Villains.
wizard

Drakorath came rushing in as the defeat of the 13 lords of chaos have been demolished to dust."I can't believe this is happening to me!" "My own brothers of terror and war have been killed!" Drakorath sit down on his thrown of chaos, he heard a unsuspected voice. " You have now fallen, let thy be replaced by new." Drakorath looked around, worried what replaced mean. "Who are you, where are you, what are you!?" "Im X-The-Evil, Im right next to you, and im darkness." Right when he ended his breath of nothingness, he shot drakorath with darkness infecting his whole body, going through is mouth, ears, every hole in his body. Infected with black nothing, forgotten, sucked his soul right out of his body. "NOW ITS TIME FOR ME TO RULE, IM COMING FOR YOU BROTHER! IM COMING FOR YOU!" "So dude, How's your wife?" "oh, same old same old, Hey look! a message came." onwads the piece of paper delevered by falcons, "Oh no we have to tell the lord...NOW!" The messanger then runs fully, to the palace. Pushing people out of the way, tripping over his own feet and sweating from nervousness. He runs up to the guardians "PLEASE LET ME IN! WE HAVE NEWS LIKE DOOMSDAY!" The guardians let them in, he runs toward the thrown "Lord, we have good news and bad news, drakorath is dead but... X-The-Evil is invading..." Z groaned at the sound of the bad news " Prepare fo battle, and lets defeat my brother.

Part 2:The messanger then, ran toward the army of Lorein.He ran inside of the training grounds and he shouted out 'Where is the general!?" One of the warriors heard and responded, "he is over by the main Hq, Which is that huge building right over there." The messanger then ran as fast as a tornado, picking up speed and dirt, creating a line of flame under his feet. He went inside the building and yelled "GENERAL!" "Im over here *cough* *cough*." "Sir.... X is attacking again, and this time, with the chaos army by its side!" When the general heard the tradgic news, he paused. Deep silence filled the air like a movie theatre. "Get the army ready..I want to make sure.. X dies this time! But we need more than a army, we need the 6 brothers of element. Part 3 coming soon!
Sponsored content